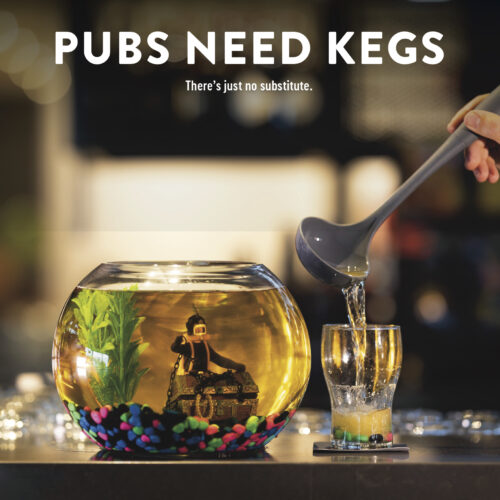 The WA Brewers Association (WABA) has released an awareness campaign targeting keg theft and its significant impact on local breweries.

With WA breweries losing between 5 and 20% of their kegs through theft, it can cost the brewing industry around $1million every year in replacement costs and lost sales.

Following a number of significant keg theft incidents with some local breweries losing more than 70 kegs in one hit, costing upwards of $20,000 each time, WABA were prompted to tackle the issue with a social media campaign.

WABA president Andy Scade said that the aim of the campaign is to educate people buying and selling kegs, and the wider public about the cost of keg theft – and its consequences for everyone.

“People buying or selling a stolen keg might not understand the implications for not only the brewery, but also the consumer drinking a pint. Essentially, theft can drive up the price of a beer when breweries try to recoup their losses. We wanted people to think about that and understand that the consequences are far reaching.

“Stolen kegs also means a lot of breweries aren’t able to sell to venues because they simply don’t have enough kegs – the supply chain can be really impacted,” said Andy.

The campaign uses the simple headline; “Pubs Need Kegs – there’s just no substitute.” It shows how a beer might be served if there wasn’t a keg – from a watering can, a rubbish bin, fish bowl and shampoo bottles.

“We worked with local creative agency Rare to deliver a light hearted approach with a serious message so people understand that there really is no substitute for a keg – they’re critical for our industry and we want people to think twice before buying or selling a branded keg. If it’s branded, it’s likely to be stolen,” said Andy Scade.

WABA are hoping that by increasing awareness of keg theft and its consequences, the demand for stolen kegs will reduce and ease the burden on the industry.