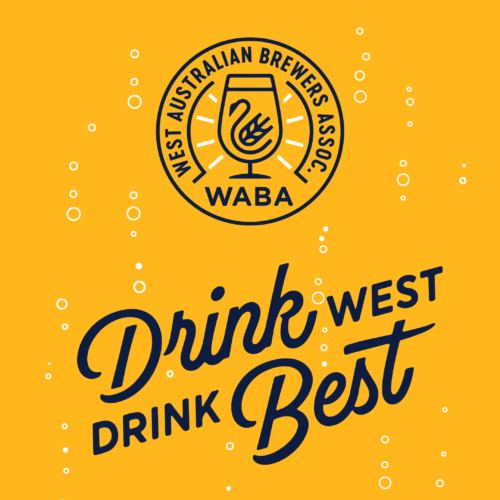 Boasting world class beer, cider, spirits and more from some of the country’s most unique and iconic breweries, West Australian’s don’t need to look further afield to find a beer lover’s paradise.  The State that pioneered the craft beer movement continues to pave the way in outstanding and unique beverages.  A sentiment celebrated in the West Australian Brewers Association’s (WABA) new “Drink West, Drink Best” campaign and encouraging West Australian’s to think local when selecting their drink of choice.

Launched in August 2020, the ‘Drink West, Drink Best’ campaign will feature print and digital media but will focus primarily on grass roots support from its members, industry affiliates and the public to gain awareness.

Drink West, Drink Best acknowledges and celebrates Western Australia’s historical contribution to the national beer industry, and its multifaceted modern diversity, something which all WA beer drinkers can embrace.

West Australians are encouraged to support the campaign by using the hashtag #drinkwestdrinkbest on social media when drinking their favourite WA Beer whether at home, at the brewery or at a bar or restaurant around the State.

*Correction*
The Drink West Drink Best cartons have been delayed and are now set to be released on Wednesday 19 August.