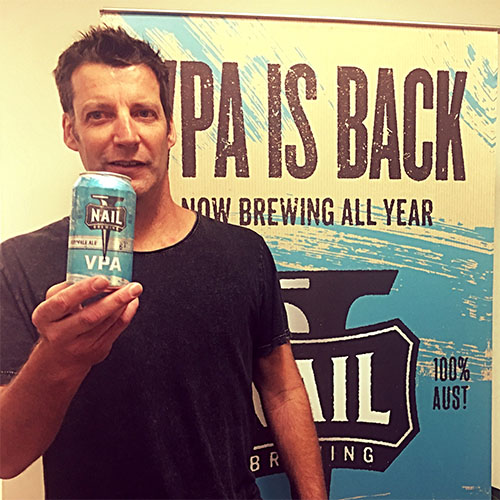 John Stallwood’s beers are now old enough to drink themselves.

But like every teenager approaching the age of graduation, Nail Brewing has endured plenty of trial and tribulations.

Indeed, there were more than a few times when it looked like the beer maker wouldn’t reach double digits let alone to 18 years of age. There was one occasion when there were concerns whether Stallwood, injured in an assault, would ever make it out of hospital.

However, that is what made the celebration for Nail last weekend so much more enjoyable.

Stallwood was doing craft beer before it had a name. And almost two decades later he is still at the top of the game. Nail’s Red Ale has a loyal following. The Clout Stout is revered in Australia and now China. And the VPA has turned into one of the beer surprise packets of the past couple of years, earning a rare recognition for WA breweries in the recent Hottest 100 Australian Craft Beers poll.

The man behind the label behind a lot of bars is normally an utterer of few words – except when sledging any AFL team that isn’t his beloved West Coast.

But Stallwood summed up his journey so succinctly and eloquently during the brew party.

“It’s been a long hard road to keep Nail’s head above water,” he said.

“Consistently winning trophies in major awards every year for over 10 years. Expanding into Woolworths and many great independent customers.

“Dumping beer, burns and sore backs. Many weeks over 100 hours but Nail has survived and grown.

On display during the festivities at the brewhouse Nail shares with Feral Brewing was a newspaper story written shortly after Stallwood cranked up his 600HL stainless steel kit at the old Bobby Dazzler venue in Perth city.

It was with a tinge of sadness that his assault meant that brew set-up had to be sold 14 years ago. And it is now housed at The Monk in Fremantle not far from where he fell after being hit.

And the recent sale of Feral to Amatil also caused some rearrangement of Nail’s operation as Stallwood had a part share of the brewery that had to be bought out to allow the bigger financial deal to happen.

At the time Stallwood started there were only a handful of craft breweries operating in WA and they were battling the mighty Swan Brewery and Matilda Bay Brewery.

It wasn’t lost on seasoned beer fans last weekend that both macro operations have since left town – yet Nail was still delivering the frothy goods.

“The larger breweries have had a monopoly for so long here and there is definitely a market in Perth for greater variety,” Stallwood told the newspaper at the turn of the century.

“The more microbreweries the greater the range – I don’t think that anyone would complain about that.”

No words spoken by a brewer have been truer.

All WA beer lovers can thank Stallwood for his insight. And his great range of beers. 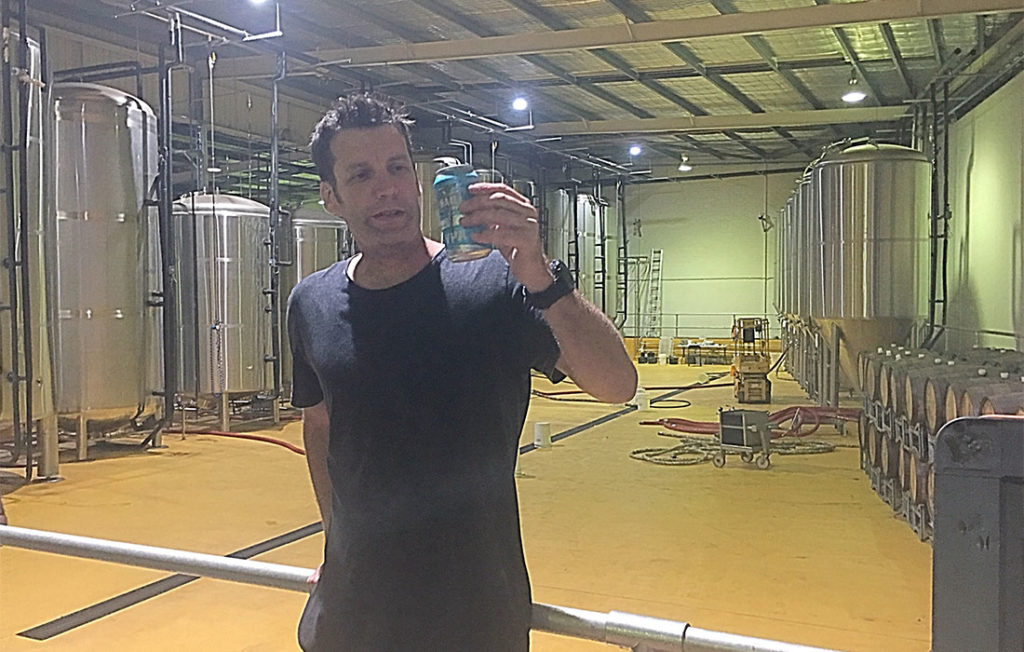 John Stallwood in the brewhouse he shares with Feral.